I discovered the recipe to this awesome pudding just in time. A few days after T’s birthday I had some extra packets of whipping cream lying around in the refrigerator just waiting to be used and what a stunning use this was. You can literally put this pudding together in a matter of minutes.

The Serradura is a Portuguese/Goan concoction. The word means ‘saw-dust’. Given that there is a dusty layer of biscuit crumble, it is anybody’s guess why it’d be called so. I for one have to try the traditional Serradura on my next visit to Goa.

T just lapped it up like a little puppy. Of course though after such indulgence he did turn into a little windup monkey for a bit. ;)

Here’s what you need

Here’s what you will need to do 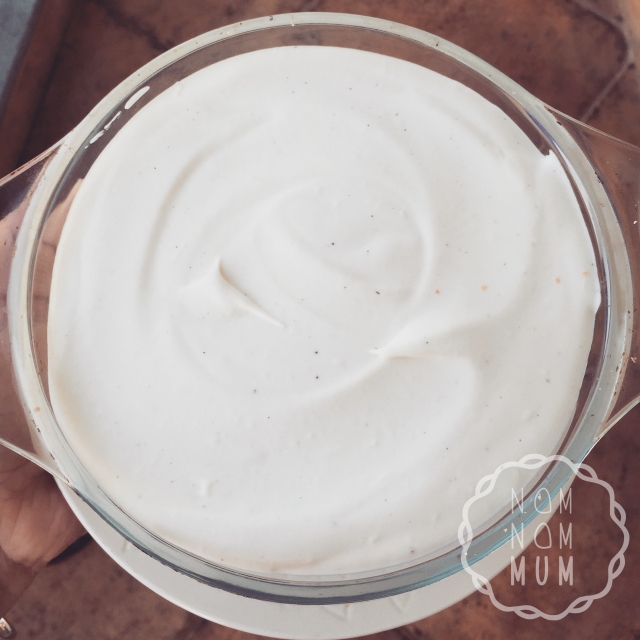 2 thoughts on “Serradura – Easiest Pudding Ever!”

Hey! If you'd like to reach me, email me on: nomnommum@gmail.com